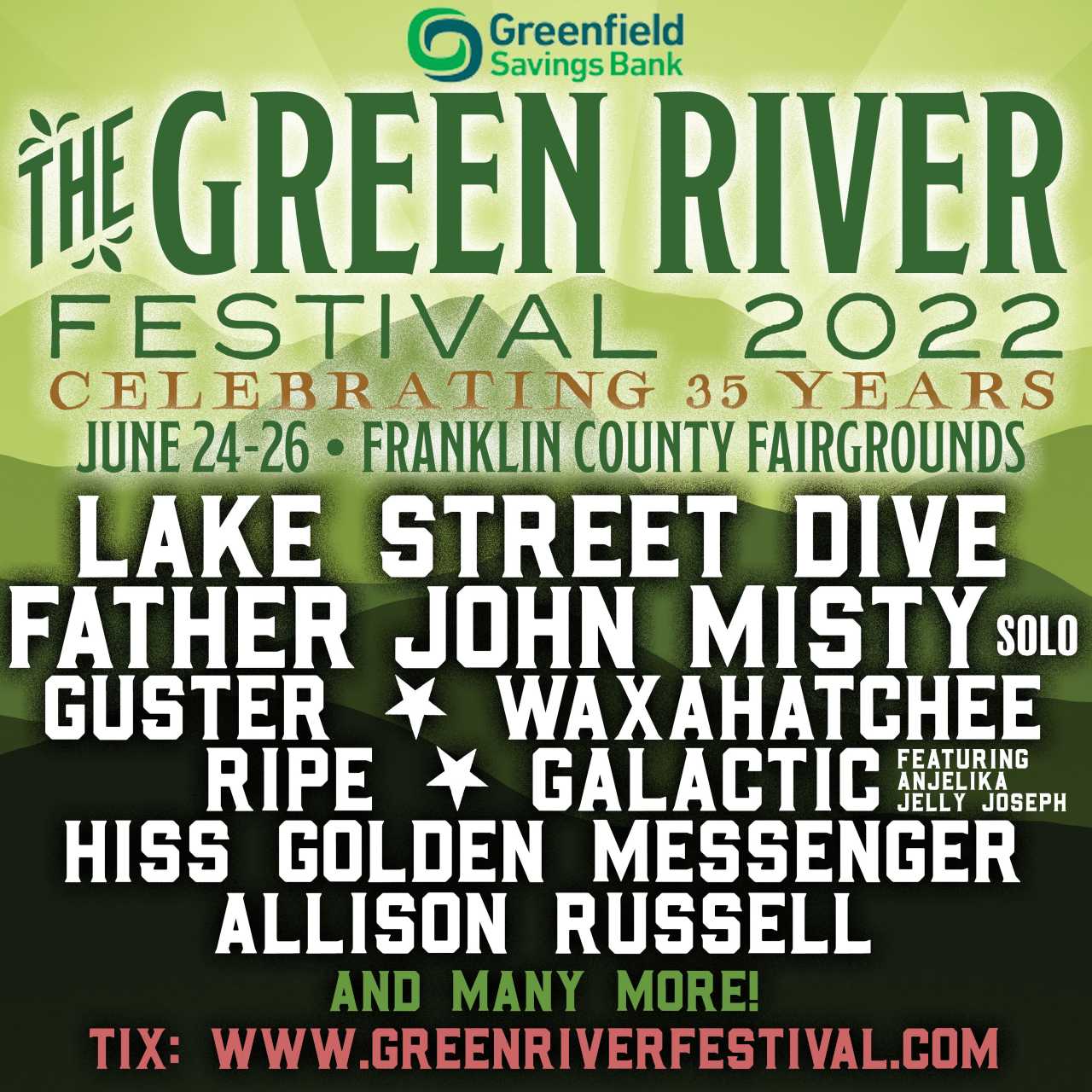 Summer wouldn’t be summer without the Green River Festival, a three-day feast of music food and a makers market.  This year the event will take place June 24-26 at the Franklin County Fairgrounds in Greenfield.  Tickets on sale now! 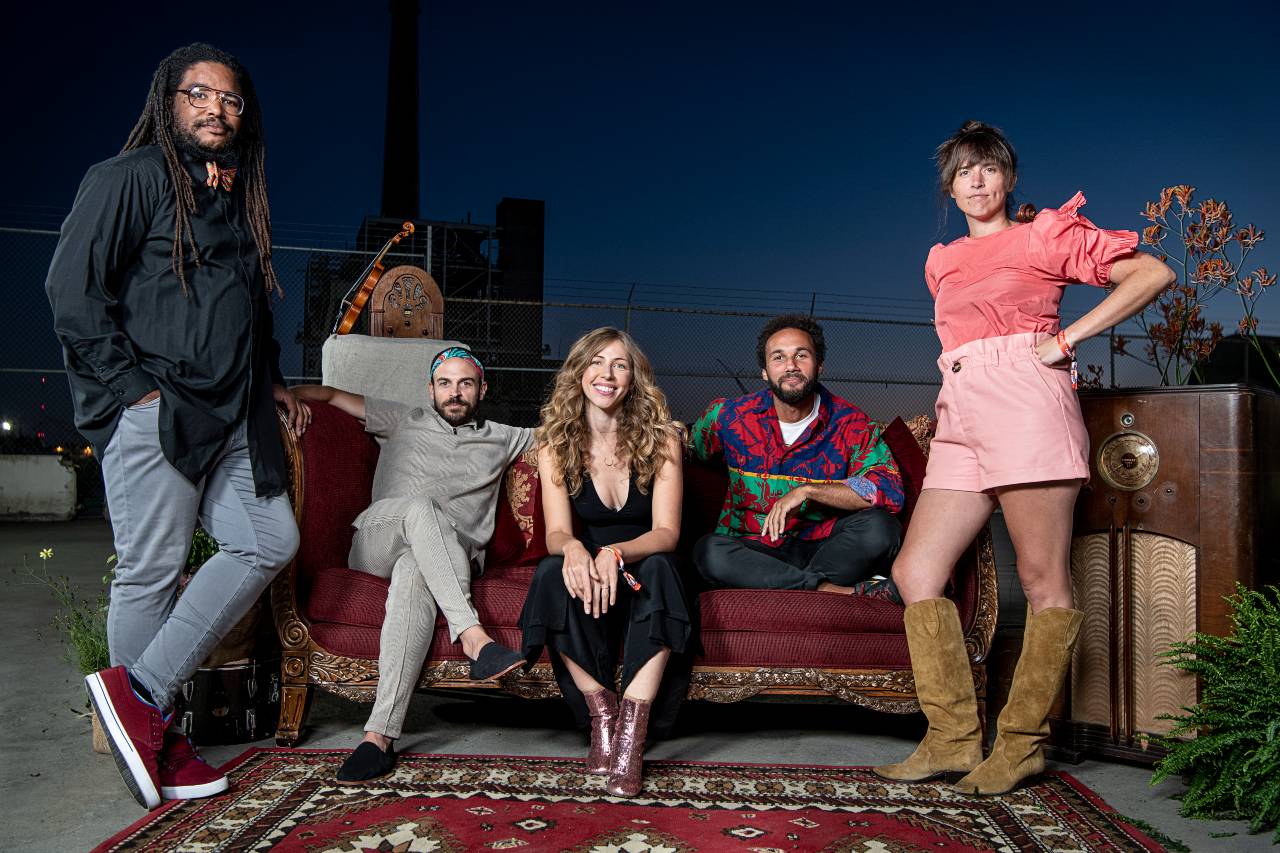 Lake Street Dive
It was included as one of 50 essential summer festivals in the New York Times and was also mentioned in Rolling Stone Magazine as a “must-see” music festival in 2015. Your seat is your picnic blanket or a lawn chair on the sprawling fields of the college campus.

Couples have met, fallen in love and even gotten married here. And their children have grown up with this summer attraction. For many people, coming to the Green River Festival is as natural as seeing fireworks on the Fourth of July.

People come from all over the country and beyond to this event, according to festival director, Jim Olsen of Signature Sounds, which presents the event. Besides ticket-holders the festival goers may include some of the 400 too 450 festival volunteers, vendors and guests, says Olsen.  He adds that the festival is working with the Greenfield Health Department to ensure the event is as safe as possible and follows Covid-19 preautions.

Franklin County sports several hotels and bed-and-breakfasts for those seeking lodging. Additionally, festival goers can purchase “camping tickets” online for traditional camping or for RV's to stay overnight at the Fairgrounds.

The festival now has four to five stages of music and other performances. You could come just for the headliner musicians, but you might also leave with new bands to love.

“You cannot go to the Green River Festival and not fall deeply and madly in love with a band that you have never heard of,” festival committee member Becky George, once remarked. Father John Misty
Among the “future favorite” performers who were on stage early in their careers were the Avett Brothers, Brandi Carlile, Natalie Merchant and Alison Krause, according to Olsen. He characterizes most the variety of music offered as “based in any kind of American roots music” – a broad net that includes rock, country, folk, blues, Cajun. In recent years, however, world music has been added to the lineup.

“We try to stay contemporary,” says Olsen, who starts planning for each festival almost a year in advance. “Our goal is to make sure, when you get there, you have a great time and you love the music you hear.” Waxahatchee
Besides the main stage featuring headlining acts perform, there is a Children’s Stage, which includes a tent for crafts activities supervised by The Art Garden of Shelburne Falls, along with homemade carnival games. The Dean’s Beans Stage features world music and dance. There is a parlor room stage, and the Green House Stage, for acoustic music. 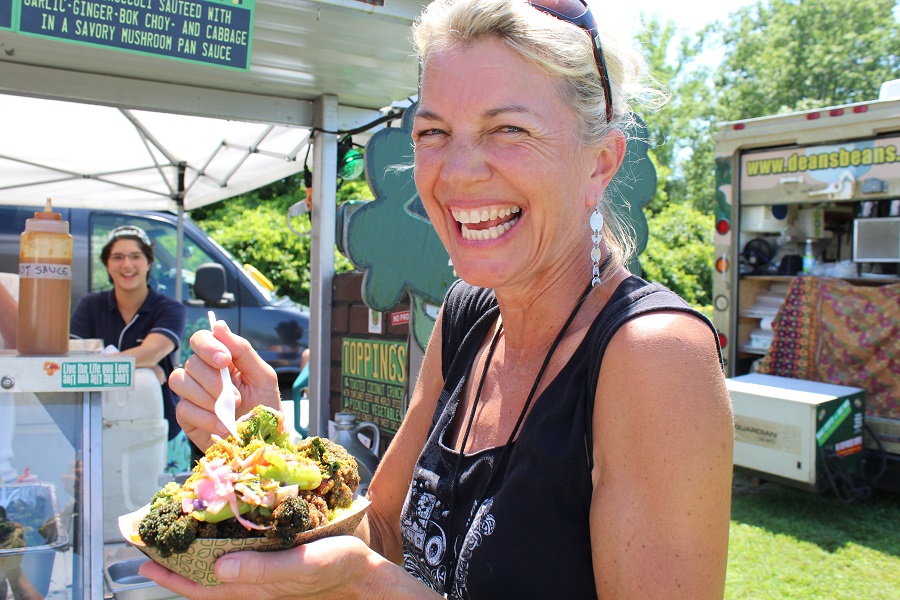 The food options have grown with the festival to include up to two dozen food trucks from many of the area’s best-known eateries. You can bring a picnic meal, but local foods, ethnic fare, local microbrews, wines and ciders are available.

The area is rich with artists, and the festival features a “craft village” of artisans and their products. 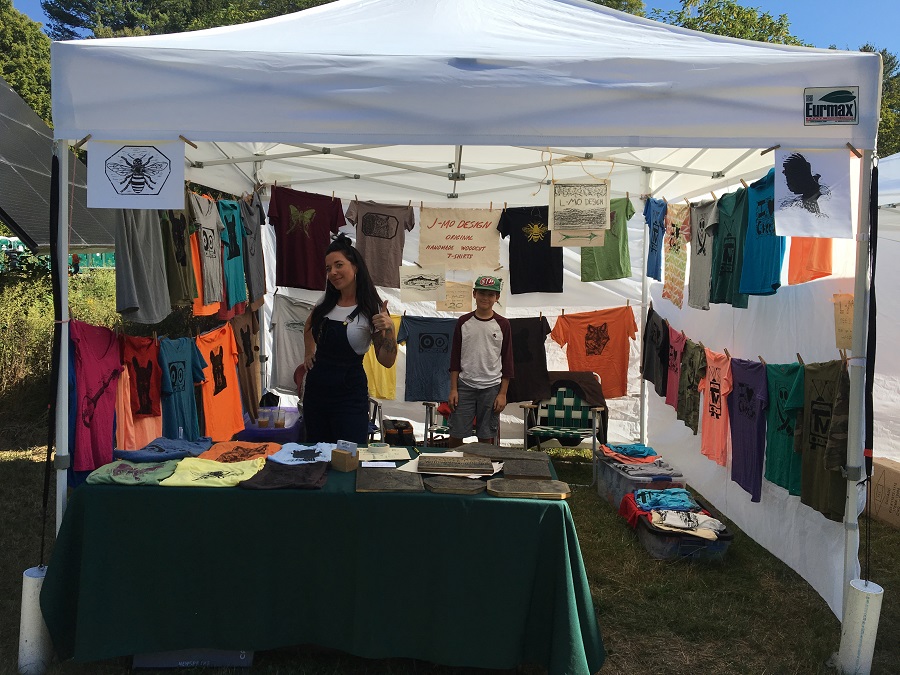 The region offers many attractions within a 20-mile radius of the festival. The village of Shelburne Falls, about 10 miles west of the festival, is a walkable village with shops, art galleries and its famous Bridge of Flowers. Further west is Charlemont, which is home to tree canopy zip lines, whitewater rafting and fishing in the Deerfield River.

To the east of Greenfield is Montague, with its 19th century architecture in the vibrant Turners Falls Cultural District, housing the Shea Theater Performing Arts Center and a vintage shopping cluster as well as the cavernous Montague Book Mill, five miles down the road near the picturesque ruins of a dam on the Sawmill River. Greenfield offers nightlife at the Hawks and Reed Performing Arts Center as well as many restaurants.

Just south of Greenfield is Deerfield, where Colonial history and architecture have been carefully preserved as well as the Yankee Candle flagship store and Tree House Brewing Company..

Details about the 2022 festival lineup here.

For tickets, directions and other information about this year’s festival, on June 24-26, go to: www.greenriverfestival.com

The festival is rain or shine.