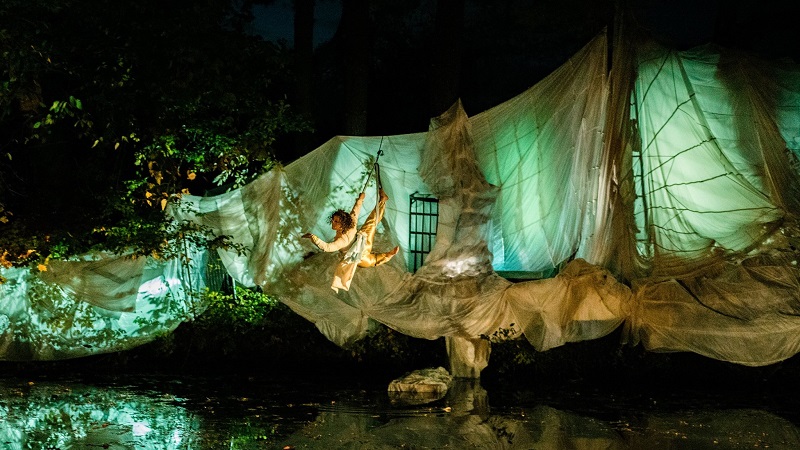 The Hilltown of Ashfield is flush with farms, orchards, sugarhouses, apiaries, and cideries. But when you’re driving out to pick your own blueberries, currants, gooseberries, and raspberries at Bug Hill Farm or apples, pears, and plums at Clark Brothers Orchards, you’ll discover that something you might need even more is grown in Ashfield: dreams. And not the kind of wispy dreams that leave you empty. At world-renowned Double Edge Theatre, they plant, nurture, and harvest some of the wildest, most delicious dreams you’ll ever taste.

Some of these dreams are served to you in a performance space called The Barn--because it was a barn before Double Edge Theater moved from Boston, where it started in 1982, to a former dairy farm in Ashfield in 1994. But many of the biggest dreams at Double Edge, like any farm, are grown outside. The theater’s summer spectacles are staged primarily outdoors, rain or shine. Sometimes sets are integrated into the landscape. Sometimes the landscape is the set. 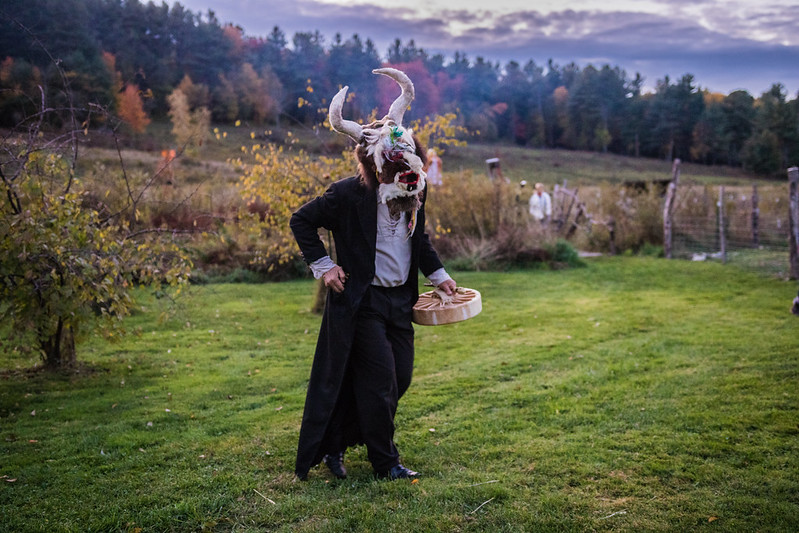 Co-Artistic Director, Jennifer Johnson describes these outdoor spectacles as “... collaborating with nature. The indoor space can’t always contain the imagination of the Ensemble. And it’s humbling... actors can’t compete with a field full of beautiful mist and the moon--don’t even try.” And the integration of the outdoors into their plays also comes from “... an ethos of sustainability, of honoring the land, and wanting to share this beautiful landscape with the audience.” Of course collaborating with nature also means relinquishing some control. One night the full moon will arrive on cue. The next, it will lurk enigmatically just offstage, behind cloud curtains. 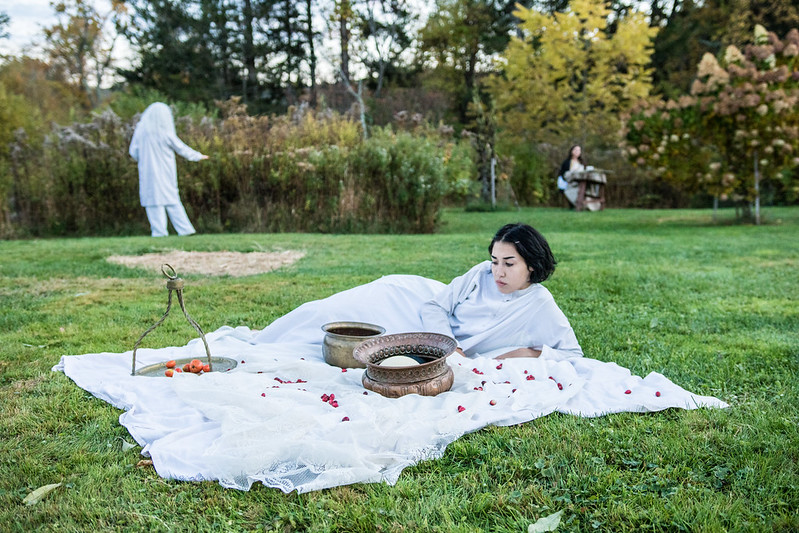 One spectacle I experienced was Double Edge’s production of Homer’s The Odyssey. Each episode in Odysseus’ homeward voyage was set on a different part of the grounds, and like the play’s hero, the audience travels from place to place to watch the hero’s bold exploits. A former henhouse becomes the house of Circe, a bend in the stream is the Phaeacian shore, a pond is transformed into the Mediterranean, and look out for Scylla and Charybdis! 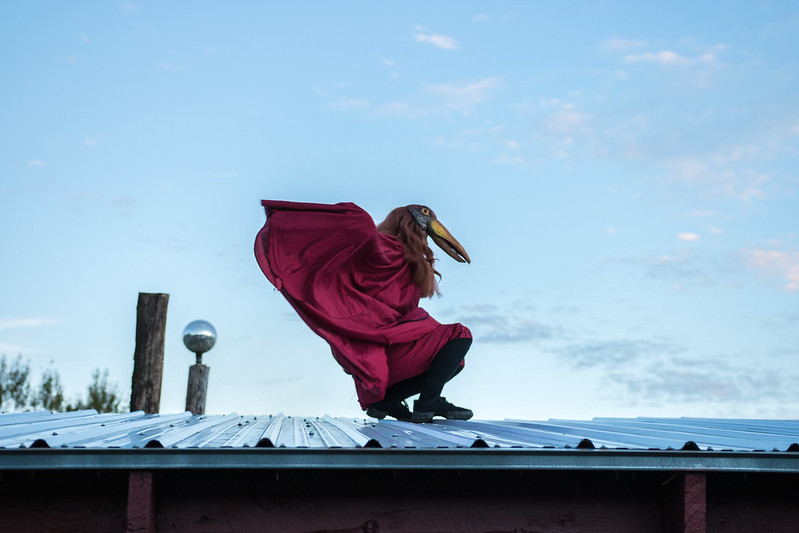 Over the years, Double Edge’s dream weavers haven’t just repurposed the farm’s buildings into spaces where lush dreams can flourish, they continually sculpt their 105-acre grounds, and I was lucky enough to tour them with Carlos Uriona, Co-Artistic Director and one of twelve core Ensemble members. As we explored, I met other members of the Ensemble and Company, including Silas Riemer, the groundskeeper who’s been instrumental in transforming outdoor spaces into enchanted dreamscapes. I recalled the raised Terrace, emblazoned with a stunning stonework mandala Riemer designed, but a second mandala and his rustic labyrinth were new to me.

The labyrinth, constructed of branch-posts interwoven with bittersweet vines, leads to a spiraling stonework maze you can walk on at the center. Instead of a minotaur, though, we encountered Robert Carlton keeping the labyrinth weed-free. A musician in the Company, Carlton is also Double Edge’s cook--and sometimes a landscaper. I quickly learned that no member of the community plays just one part. For each character they portray onstage, every member of Double Edge’s community fills other roles equally important to the theater’s survival. Planting dreams doesn’t just take place in the ether, it also takes place in the dirt. Key to Double Edge’s success is each members’ versatility and flexibility. 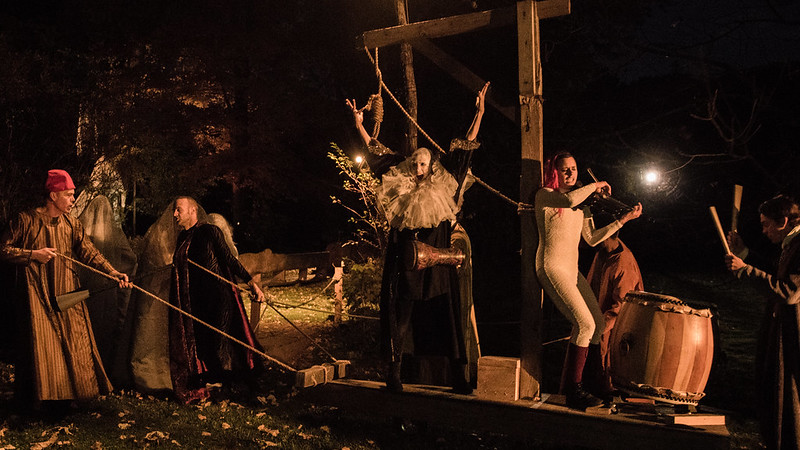 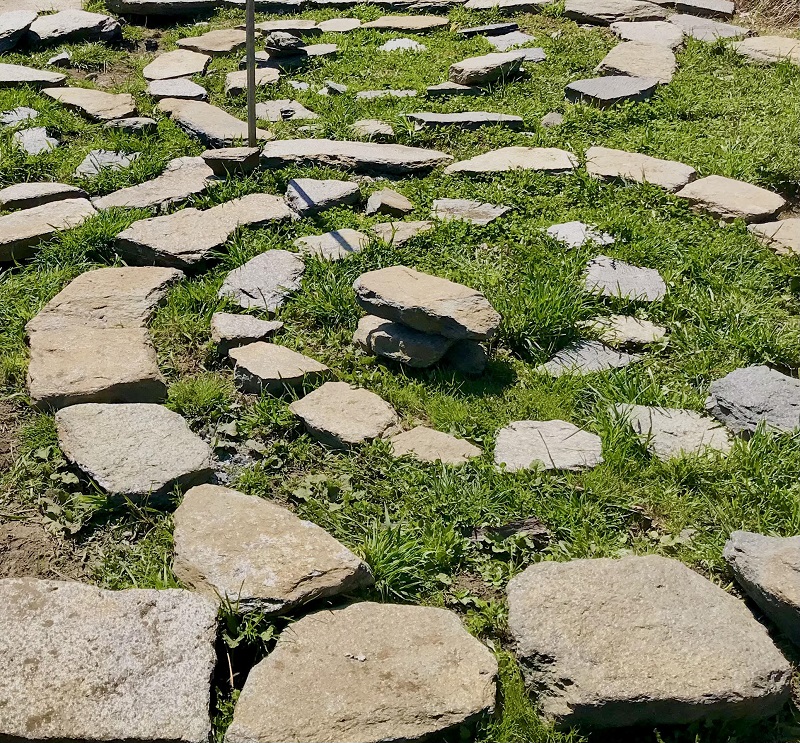 Speaking of flexibility and ethereal dreams, central elements in most Double Edge productions are acrobatics and aerial arts. Uriona deserves much of the credit for this. The Argentine actor brought with him the Latin American traditions of street theater, circus arts, and Carnaval when he joined Double Edge in 1996. The dreams these airborne feats conjure are my favorite kind: flying dreams. All members of the Ensemble do physical training which makes flying possible, whether an actor is on an object, like aerial stilts, wires, and trapeze... or launched into the air. Johnson described this airborne acting as “metaphors for desire, possibility, freedom. The audience can connect with these metaphors, but also bring their own connections and associations.” I did a little flying on my tour, climbing up and swinging on a large metal spiral suspended in the Barn that’s used for training and performances. 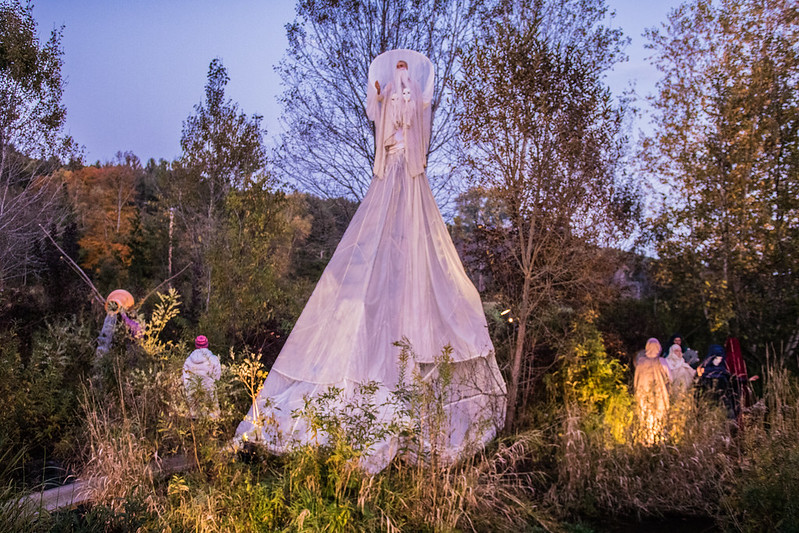 The most impressive balancing act Double Edge theater pulls off may be between generating both critically-acclaimed, innovative plays and Summer Spectacles that are accessible to anyone of any age. Each member of the Ensemble contributes research, ideas, dreams, and Stacy Klein, Double Edge’s founder and director synthesizes these collaborative contributions, giving shape to the final product. Both Johnson and Travis Coe, another co-artistic director, describe Klein as someone with a “painterly sensibility.” “Stacy is a painter of theater, she’s creating a 4D painting using the creativity of everyone,” says Coe of their collaborative process. It’s a fitting metaphor since so many Double Edge shows, especially The Chagall Cycle and Leonora, la maga y la maestra, bring surrealist paintings to life on stage, where they dance, sing, fly. 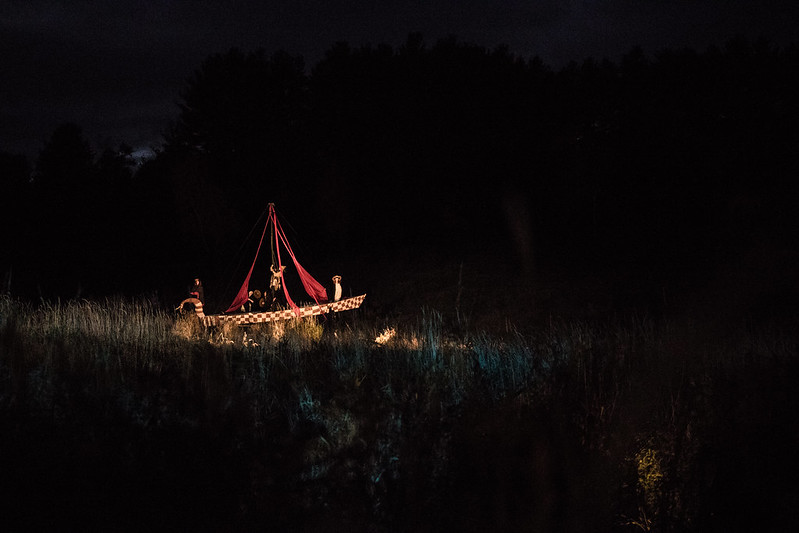 Another metaphor closer to the Ashfield dirt is that Klein, the Ensemble, and Company of Double Edge are gardeners planting collaborative seeds, and the most vivid and spectacular plants you’ve ever seen keep pushing up through the soil. We’re all invited to the harvest, which may take place in a re-envisioned barn, beneath the stars, or around the world when Double Edge tours internationally. But if you’re lucky enough to see a performance in Ashfield, make sure you arrive early enough to walk the labyrinth before the show. You may pass Tadea Klein, resident farmer--and costume designer--working in Double Edge’s literal vegetable garden, as I did towards the end of my visit. 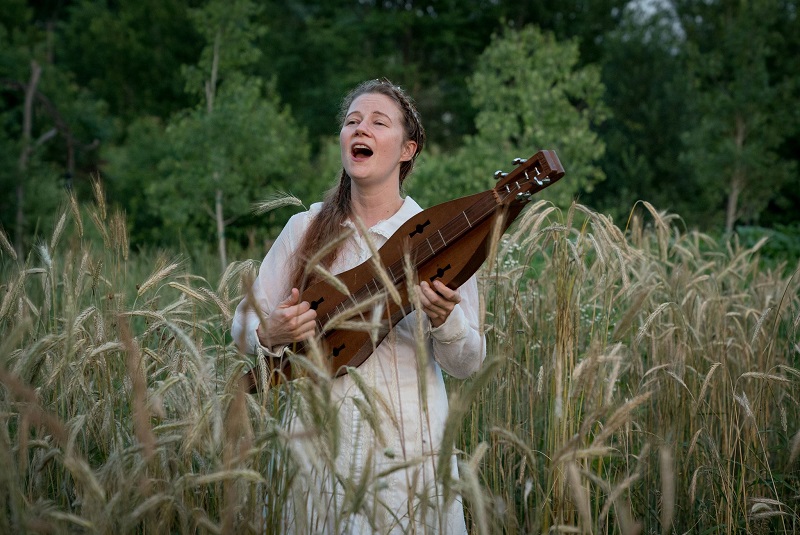 And if you find being a spectator at the Spectacle isn’t enough, take one of Double Edge’s trainings or workshops, where you’ll learn to fly and see your own acting dreams bloom into reality...

If you come to Ashfield in October, don't miss the Ashfield Fall Festival.