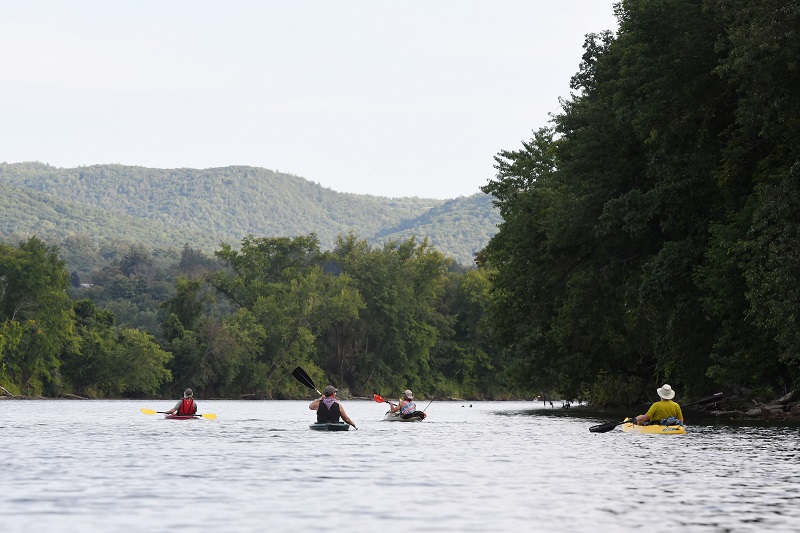 “Have you also learned that secret from the river; that there is no such thing as time?" That the river is everywhere at the same time, at the source and at the mouth, at the waterfall, at the ferry, at the current, in the ocean and in the mountains, everywhere and that the present only exists for it, not the shadow of the past nor the shadow of the future.” - Herman Hesse, Siddhartha.

You don’t need to be the Buddha to find enlightenment in a river. Anyone who spends time on the banks of a river, floating or paddling on a river, can come away feeling calmer, clearer, more centered. Likewise, time on the river can be incredibly energizing and euphoric, dancing to the rhythm of the currents, the waves slapping a hippity hop beat on the side of your boat to the tune of Paddler’s Delight. Of all the things I love about living in Franklin County, I love its rivers the most. 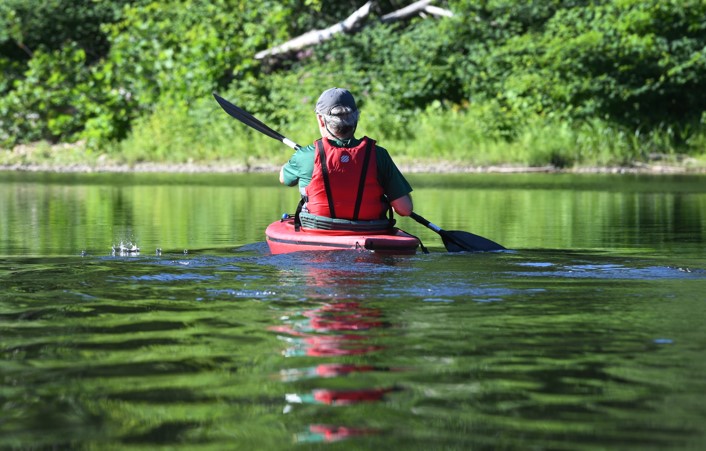 The Connecticut River--its watershed and tributaries--is the heart of western Massachusetts. Paddling on the Connecticut is like travelling in the valley’s bloodstream. Someday I dream of paddling from its source on the Canadian/US border to its mouth in the Long Island Sound. In the meantime, I keep revisiting my favorite spots here in Franklin County. The northernmost put-in spot in the county is the Pauchaug Brook Boat Launch accessed by Pauchaug Ramp Road, off of Route 10 in Northfield.

Heading downstream you’ll pass beneath the 515-foot-long Schell Bridge: built in 1903, it’s been closed to traffic in 1985. Plans to replace it with a new but historically-faithful bridge are nearing completion. Other highlights of this stretch are the Bennett Meadow Wildlife Area. Make sure to bring your binoculars to get a closer look at the many birds you’ll see on your paddle. You’ll also pass the rustic Munn’s Ferry Campsite, which is accessible only by water. You can reserve campsites or Adirondack (lean-to) shelters. 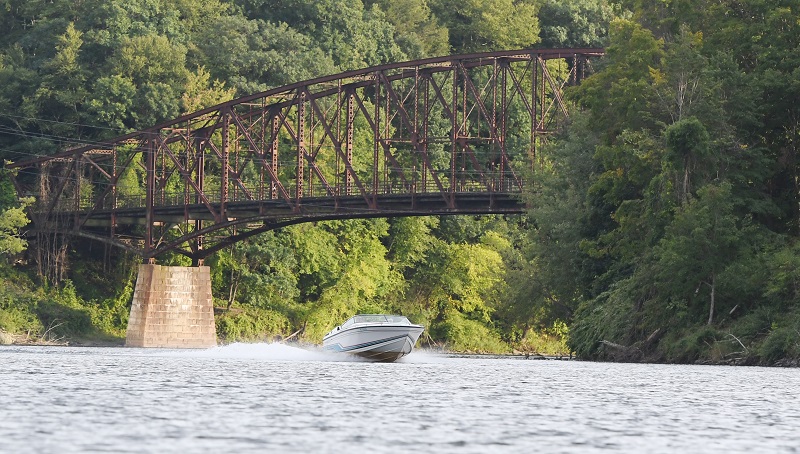 Schell Bridge, NorthfieldA little further you’ll pass Kidd’s Island, named after the legendary pirate, Captain Kidd. It’s rumored that he buried treasure on this small island (about 2,100 feet long). It’s also rumored that the island is haunted. Why not stop on the way to investigate these rumors--or invent your own?

It’s about eight-and-a-half miles from the Pauchaug Brook Launch to the next put-in/take-out spot at the lovely Riverview Picnic Area, at 144 Pine Meadow Road (or at the end of Dorsey Road off of Route 2). There’s no boat launch ramp here, so be prepared to put in or take out your boat on the embankment. You can also picnic here or book a guided boat tour on the Heritage at Riverview. 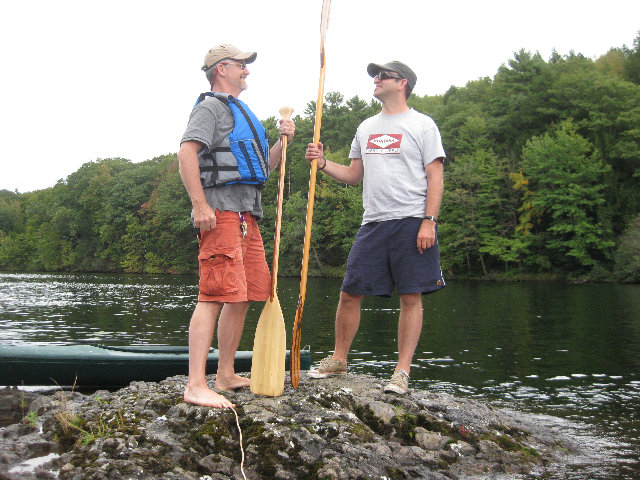 French King Rock
Paddling south, you will quickly come to the first spot you’ll want to stop and explore right in the middle of the river: the French King Rock. This enormous glacial erratic was named for Louis the XIV by a French officer in a scouting party during the French and Indian War. The current around Louis’ Rock can be strong, but it’s well worth landing on the rock to survey the spectacular view of river and woods around you and the majestic French King Bridge up ahead. And you may want to plant your oar on the rock and re-christen it after someone you think is really awesome. Or sing “Louie Louie” if you’re a fan of the King. 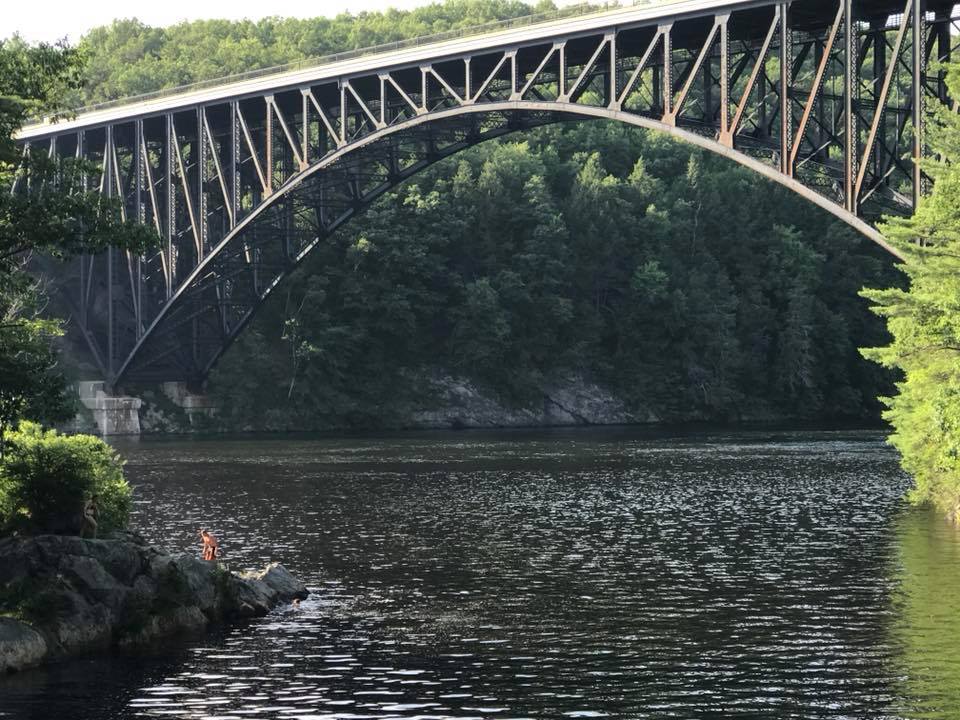 Next you’ll paddle under the cantilevered bridge named after the rock. Just past it, you’ll see where the Millers River meets the Connecticut, and another small steel bridge spanning it, kind of like the French King Bridge had a baby.

As you get closer to Barton Cove, keep your eyes open for beavers and river otters, as well as a wide array of birds, especially bald eagles, herons, and egrets. I once witnessed an intense and violent confrontation between otters, who were on a fallen tree near the riverbank, and a bald eagle in flight. Were they fighting over a big fish, or was this bad blood that goes back for generations? 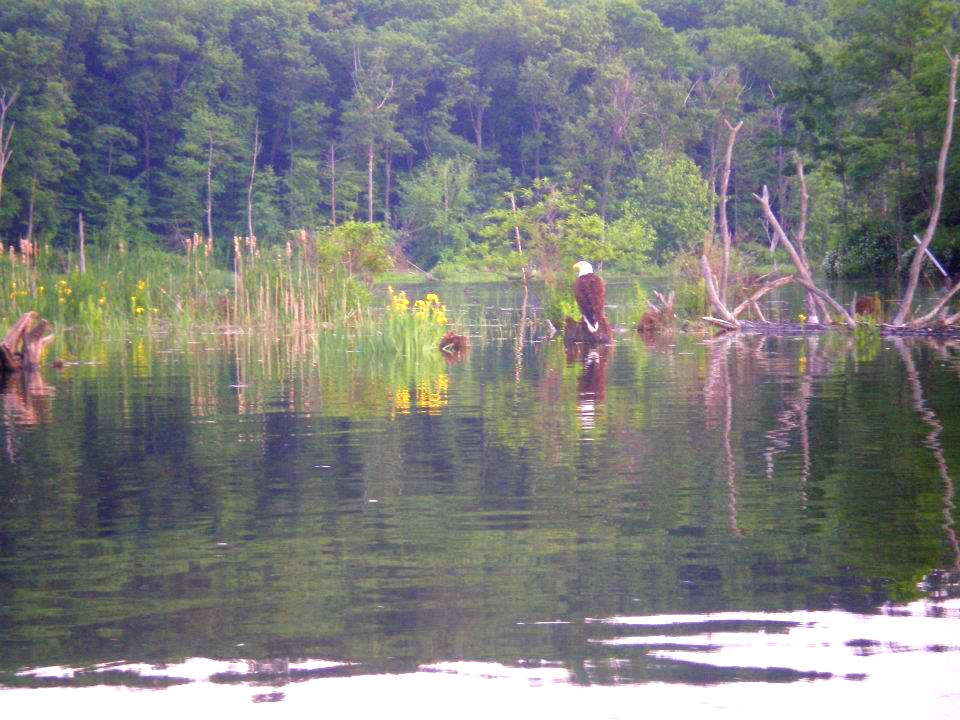 The amount of swans also seems to increase the closer you get to the Cove. I think of the swans as the unacknowledged rulers of Barton Cove. Yes, swans are regal and elegant... but don’t get too close to swans with babies. The parents may get up in your grill, and then you’ll see that swans also have a fierce side. 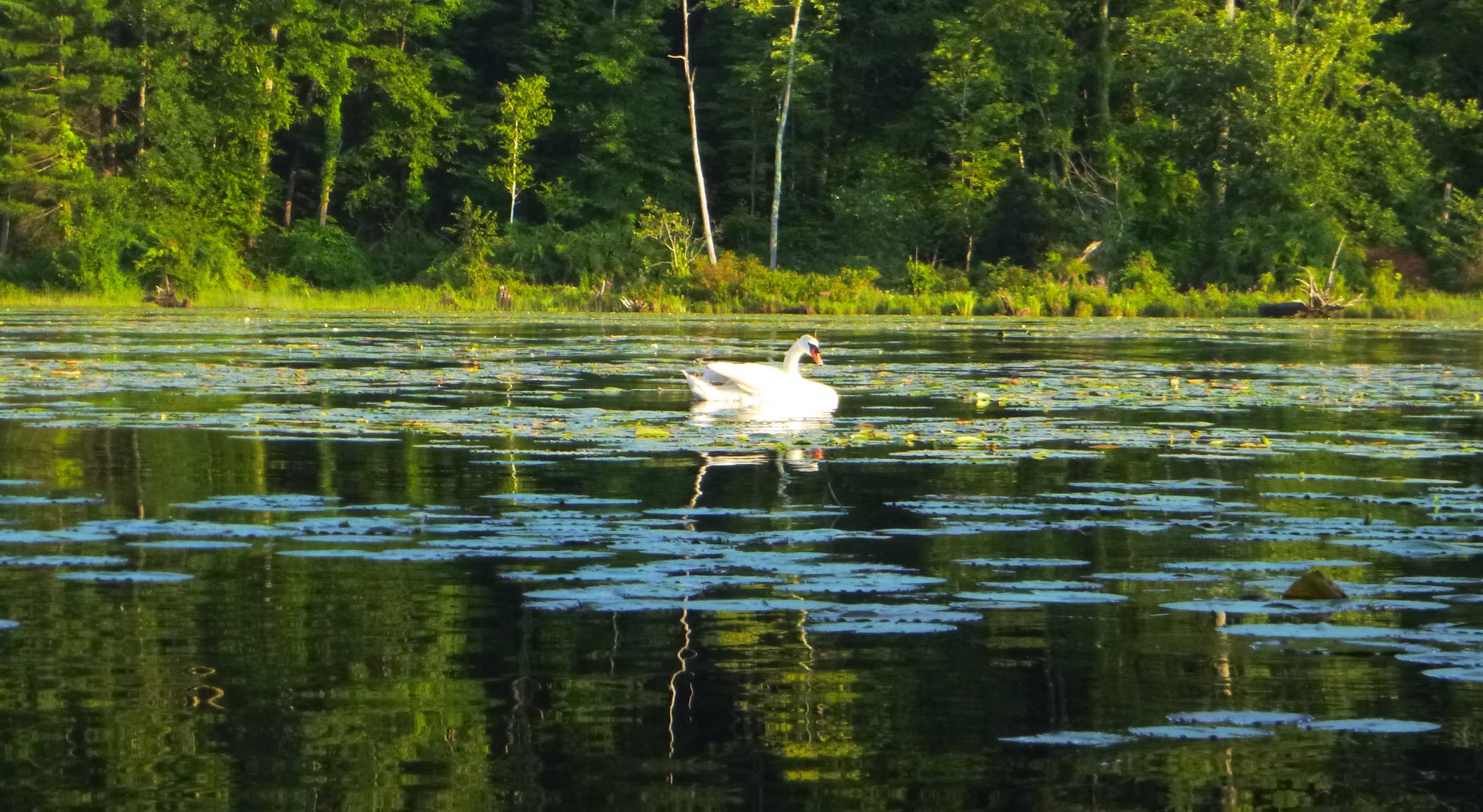 Barton’s Cove has a few small islands you can row around and several shady nooks you can paddle into... perhaps temporarily vanish into. Some of these crannies contain plunge pools from prehistoric waterfalls. You can rent kayaks, canoes, and paddleboards or reserve a campsite at Barton Cove, but only do so if you like insane amounts of natural beauty and also dinosaur tracks. Many of the campsites are on a small peninsula, which feels like sleeping on the river. 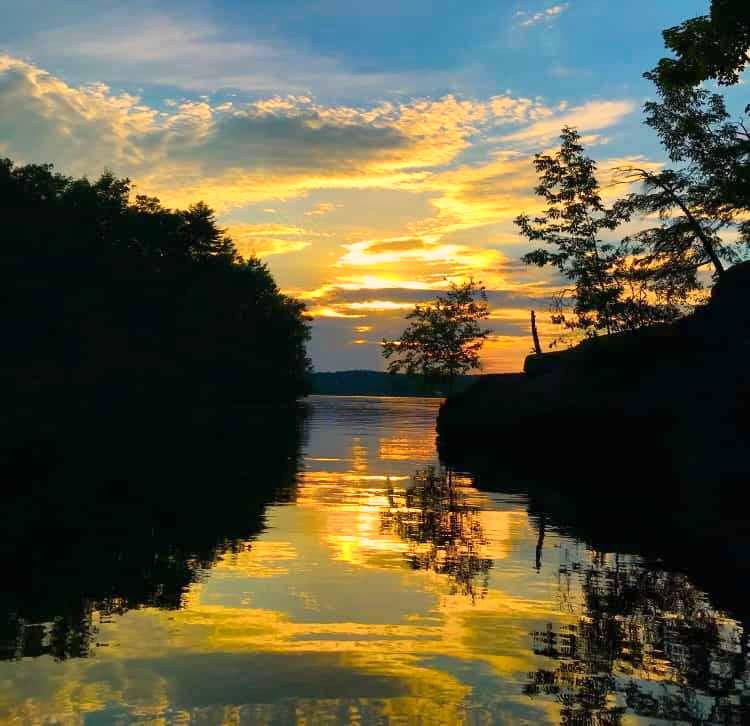 The five mile paddle from Riverview Picnic Area to Barton Cove is one of my favorites. A mellow, but steady rate of paddling, with pauses for a few reveries and epiphanies, will get you there in two hours. Leave more time if you hope to achieve enlightenment.

Here’s a playlist of songs referenced in this piece, plus some great songs about rivers to get you pumped to go paddling.